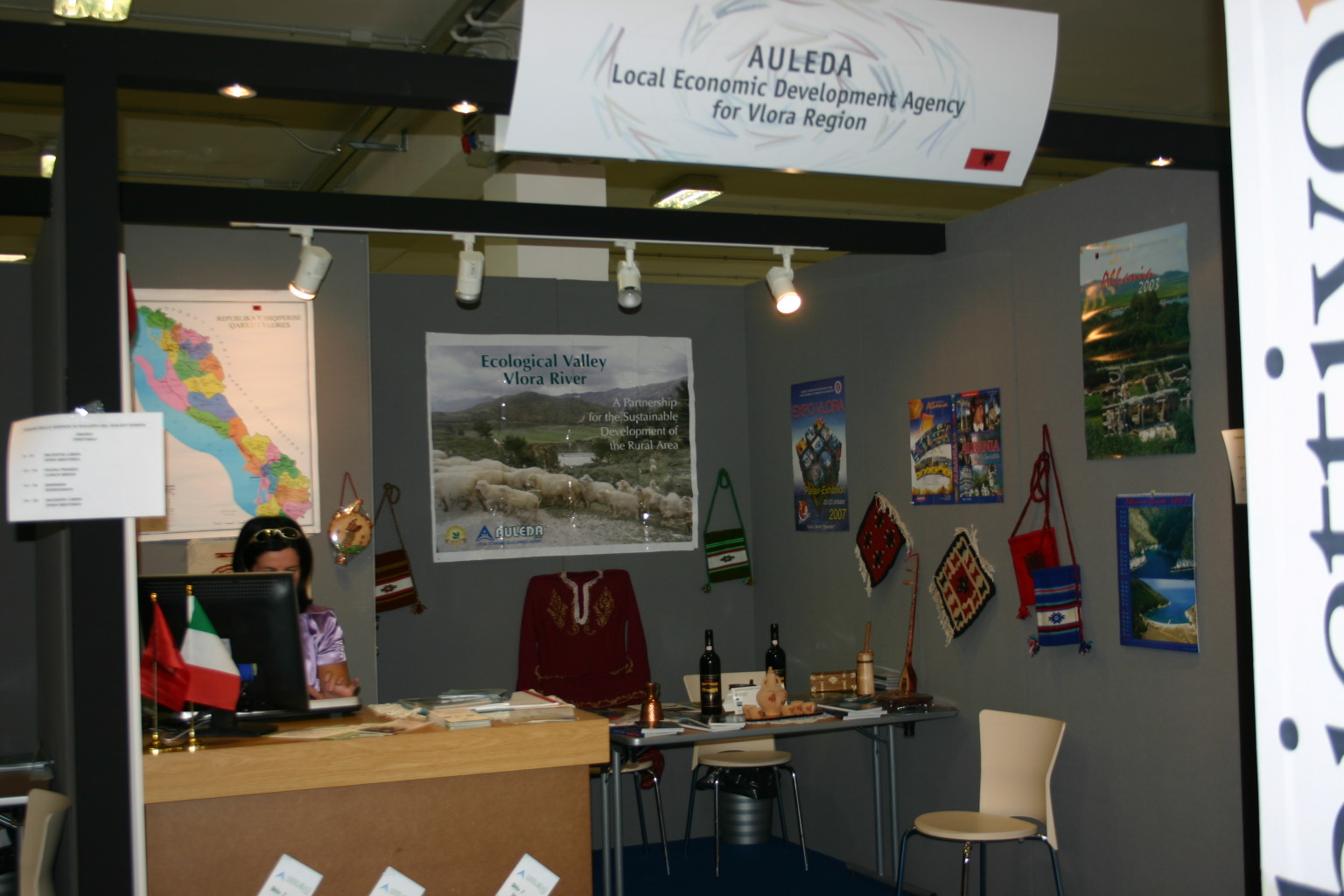 On 11-14 September 2007 took place the fair of Fiera dell’Levante-s in Bari-Italy.Auleda was introduced in these fair from the Balkans Forum of Fiera dell’Levantes in a pavilion of exposing nationalities, in the one expose their national activities the local economic development agency’s of Balkans and of south-east Europe as Albania Bulgaria Croatia Slovenia Macedonia Montenegro and Serbia. 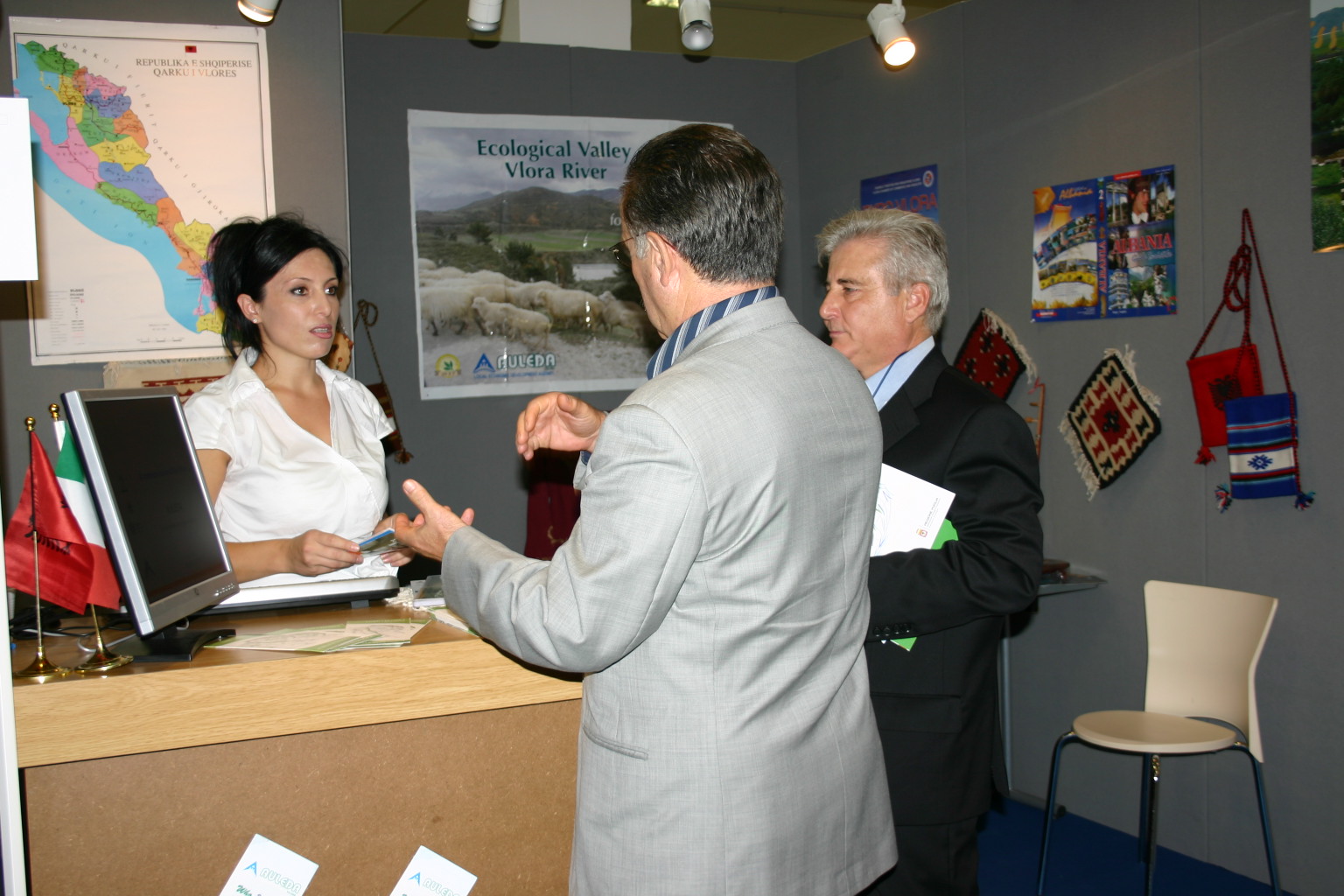 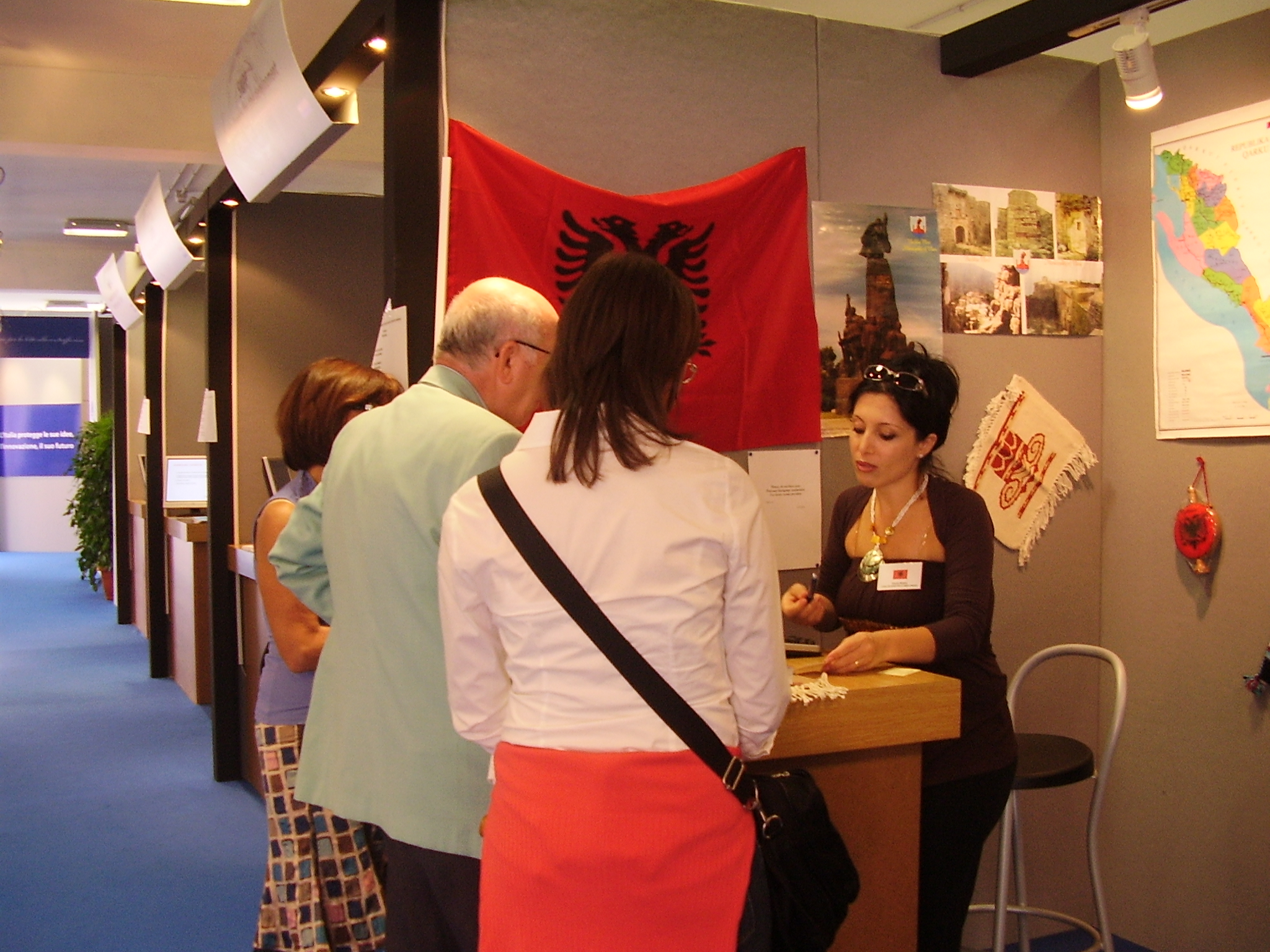 Exposure and the visitors

During the days in the fair the stand of Auleda agency was visited from a considerable number of visitors especially from Italy Albania England and France. The visitors that contacted with the representative of agency were grouped according these categories. The businessman interested for the enlargement of their activities especially in the hoteliers section, wine culture, constructing materials, duralumin elaboration and construction. The agencies that operate in the agro industry, hostellers, the business conciliation asked for information about the Auledas activity the functioning manner, the branches of operation, the activity that are realized to create a standing paternity for the projects in the frame of applications of European Community . Visitors interested for the truism in Albania asked from the representatives of Auleda information for the touristy waiting structures in Albania the way they could arrive to the destination ,security , touristy offers coastal and mountainous, the prices and the procedures of Albanian entrance .Auleda put in their disposition the guides with itinerary outbuilding, beaches mountains spelean ,unknown histories, people and cooking resets prepared from Auleda in Italian and English language. .. 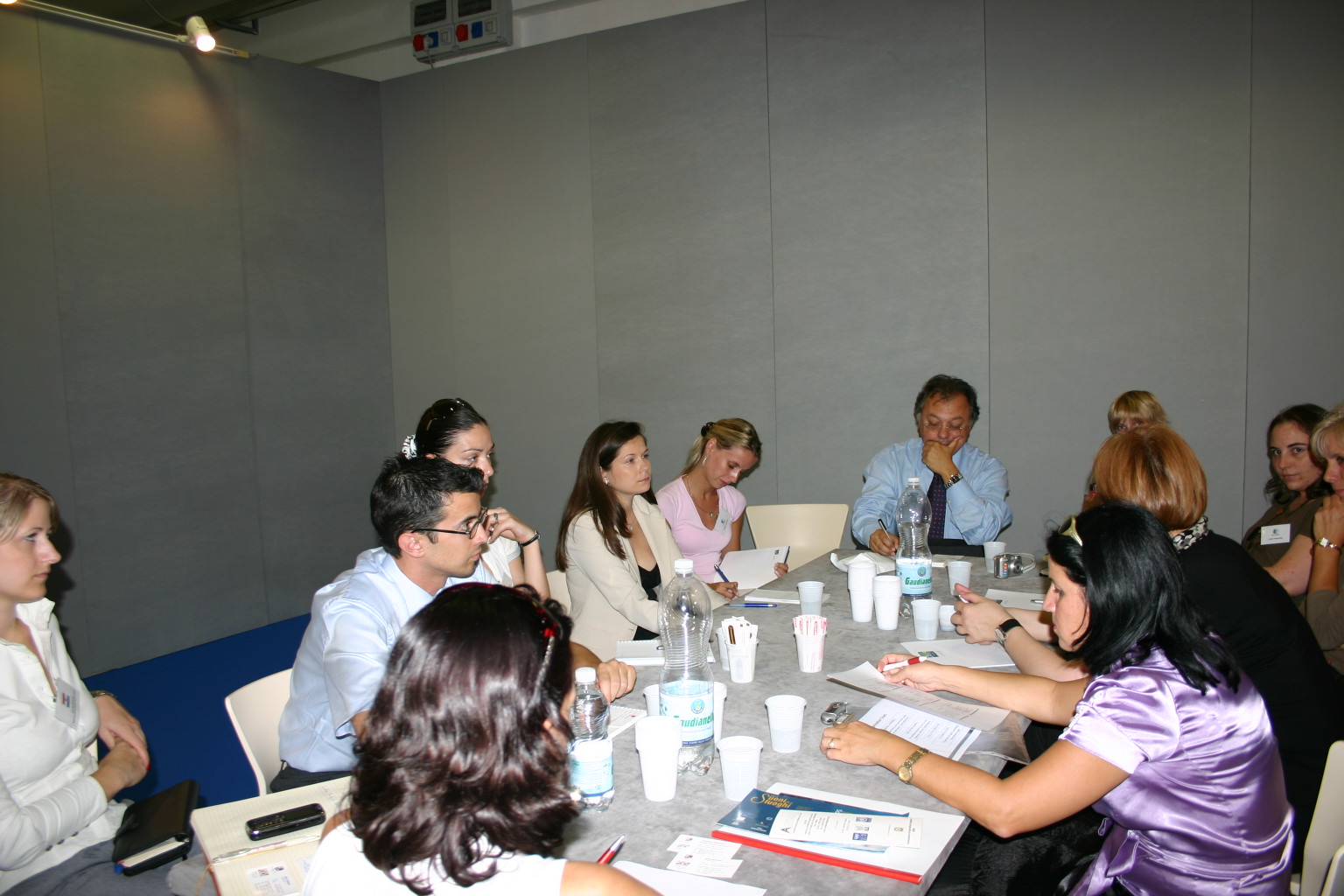 The Forum of Balkan agencies

In the program of Fiera dell’Levantes was programmed the development of a meeting between the agencies of Balkan Forum organized from the Local Economic Development Agency of Pulia Region.It is very important to emphasize in this meeting the contact made between the representatives of agencies creating so the bases for a partnership in the future.. 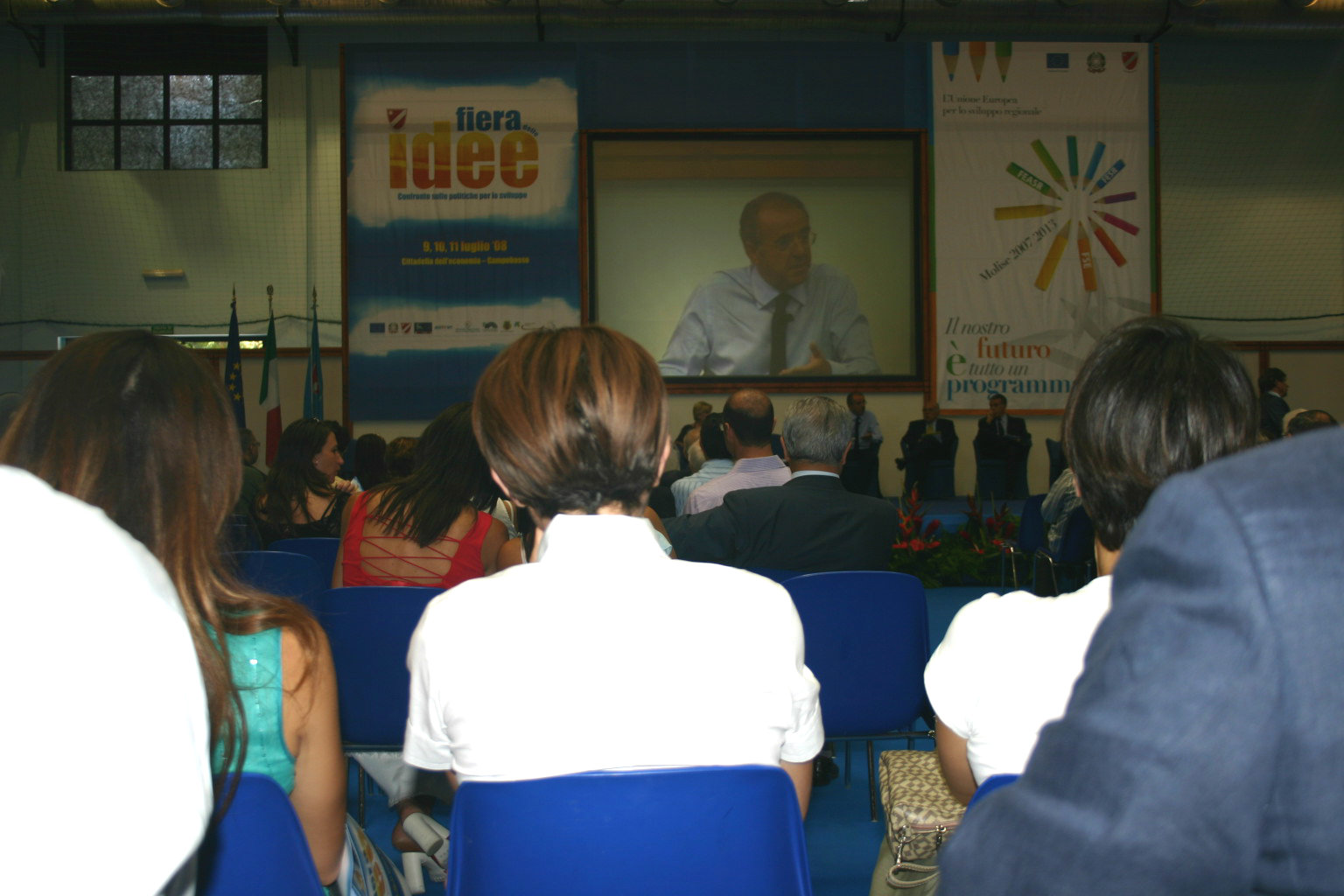 Ideas Fair is realized on 9-11 July 2008 to Campobasso- Region of Molise. The aim of this fair was the presentation of different project proposals composed from public organs, agencies, associations and organization of different meetings with partners interested to our project ideas as with partners to which project ideas our agency was interested . 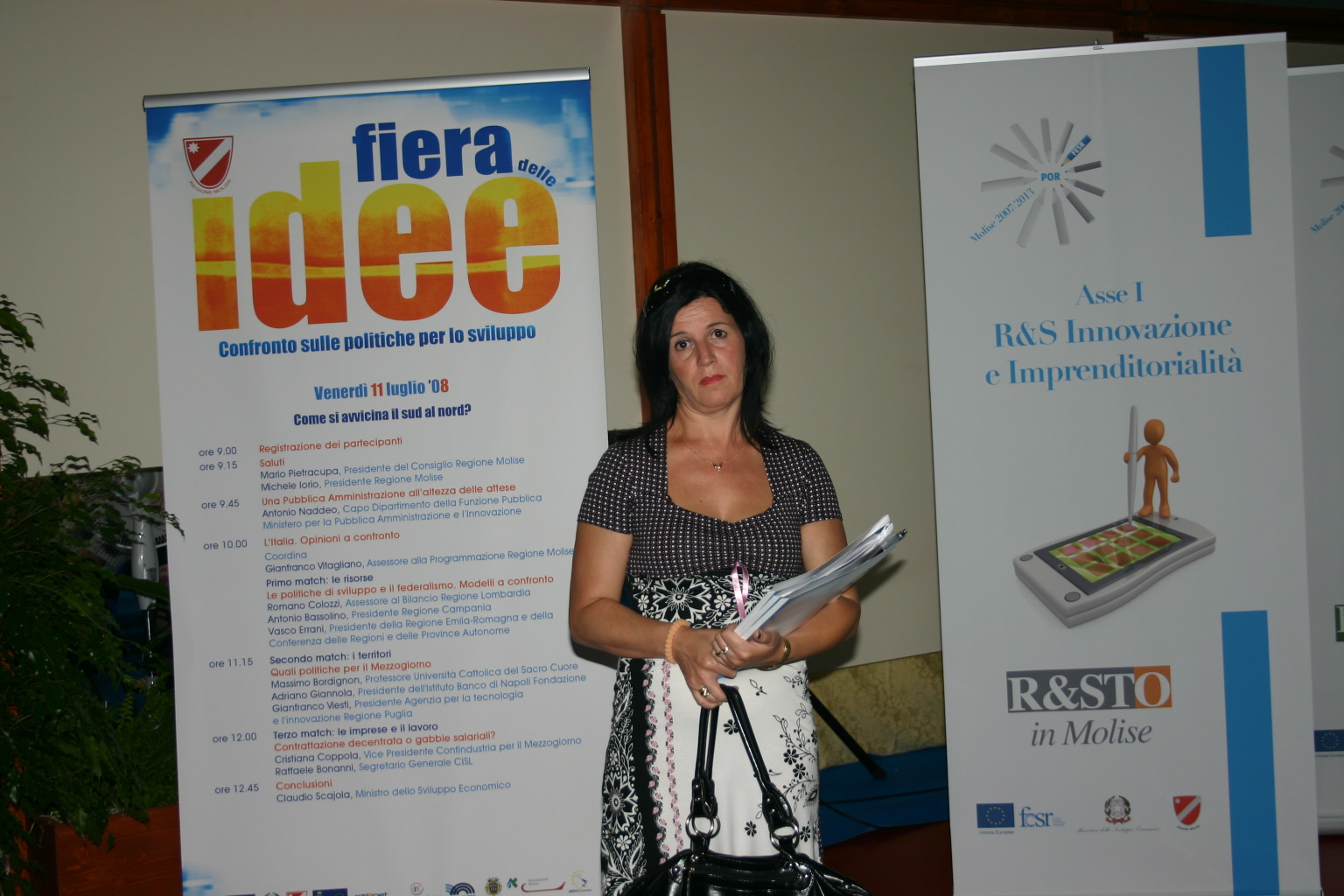 From the internet were presented to our agency about 130 project-proposals presented from private and public partner organs from different Italian, Croatian, Albania, Monte Negro and Greece Regions which are partners in the frame of the new fund IPA of European community.Fair after our presentation. 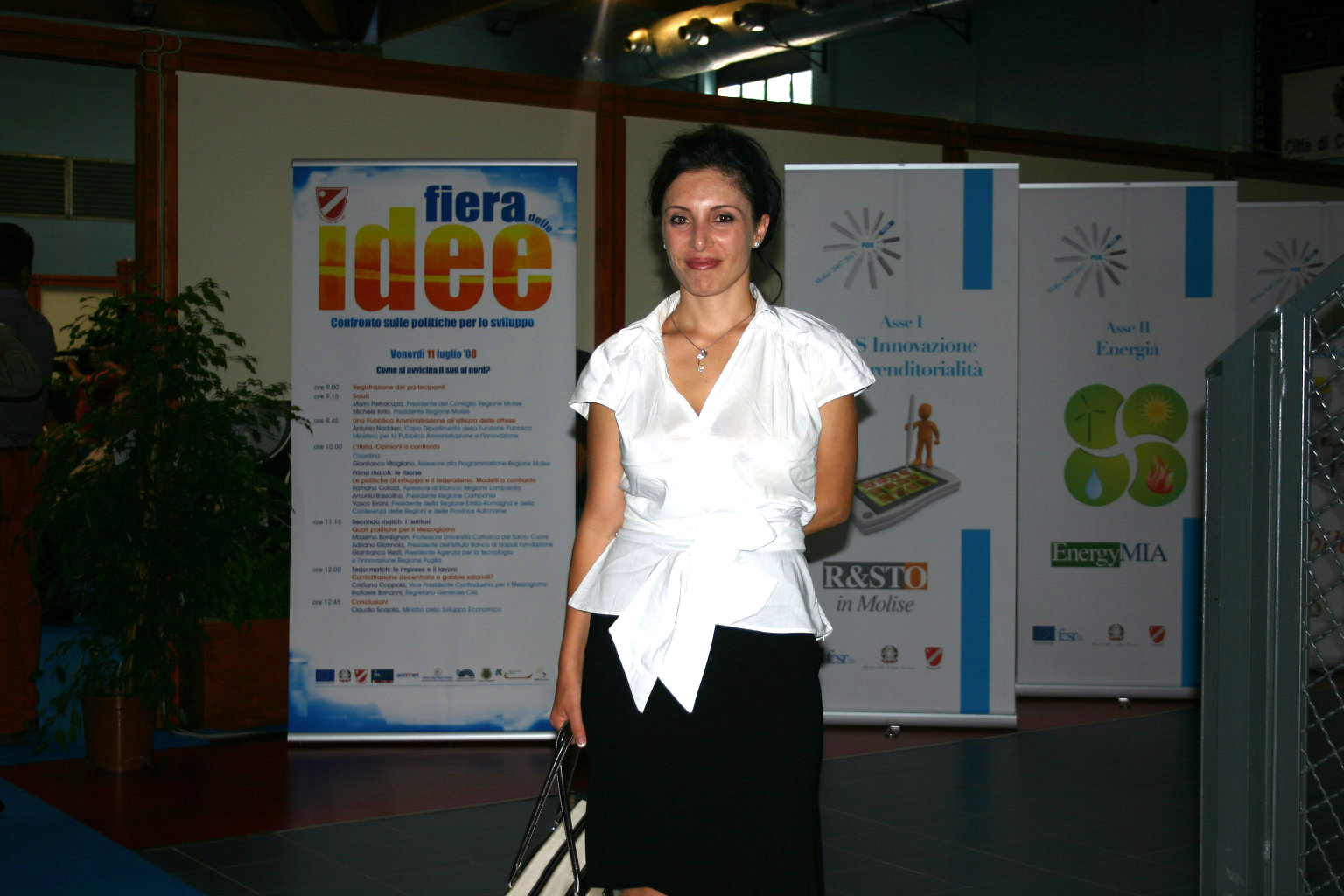 The staff of the agency basing to the priorities determined and approved from the assembly selected 5 project ideas valorized as most suitable for Vlora Region.Auleda requested planed meetings with all the partners that had expressed their interest and through these meetings were established new direct contacts with the project ideas partners present in this Fair.

The conclusion of this activity and of this participation was the composition of 10 project proposals with stable partners, which represented Campo basso Province, Molise Region, Agencies of Rural Areas Development, Marche Region, Federpark Association in Italy, the Association of Naval Environment Protection OASIS etc. 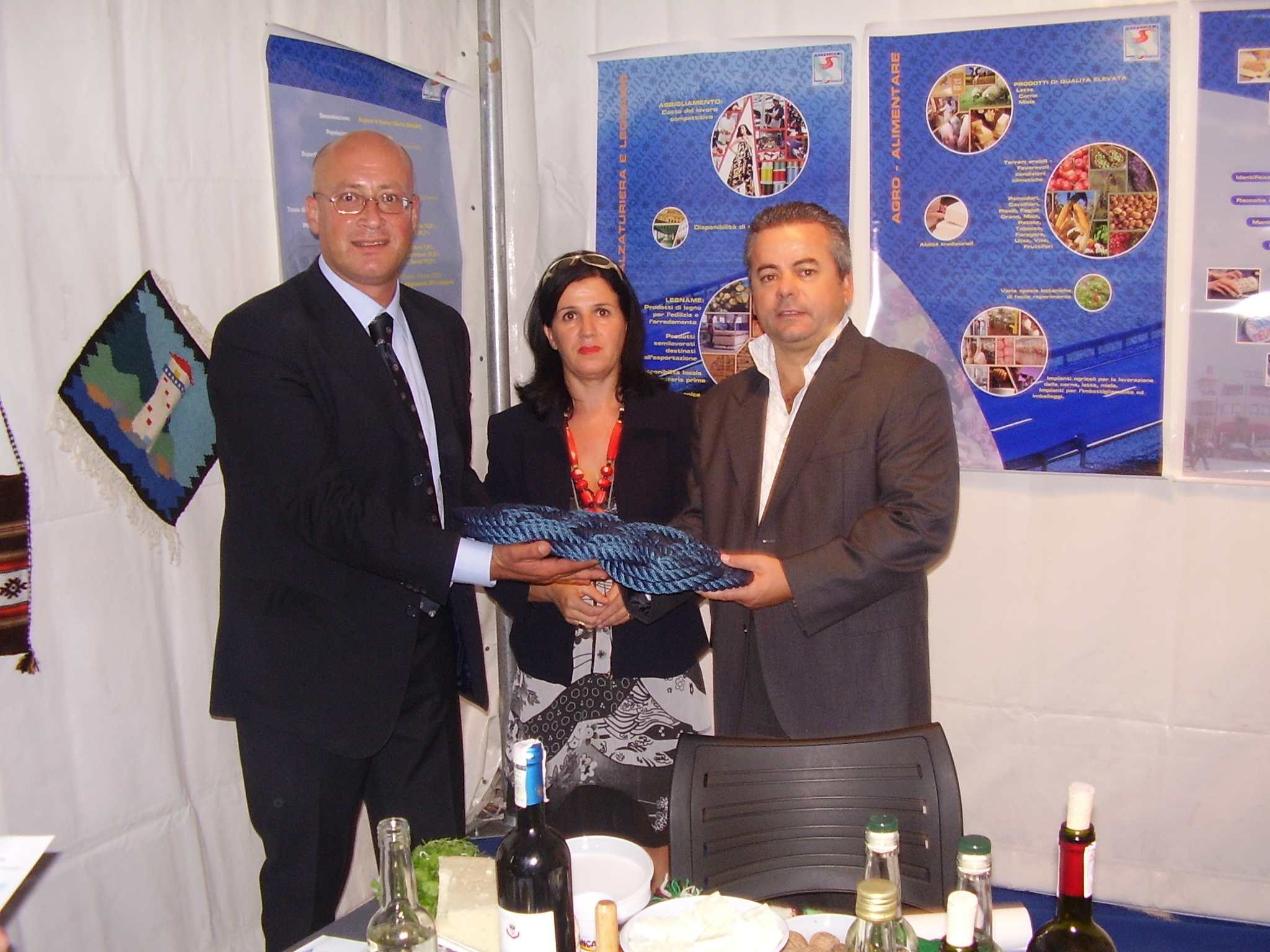 This activity is made in the yard of the Leader Med initiative to promote rural zones the Mediterranean countries as Albania, Turkey, Syria, Lebanon and Malta.The aim of this initiative was to create a common vision and a common development of the countries mentioned before and their links in different branches as (agriculture, fishing artisan, culture and typical product).
The event was organized focused on the coopering between Mediterranean zones, improvement of costal territories and of theirs typical products, multifunctional fishing, and integration between productive sectors, complementarities between fishing and rural development, dialoguing and sharing experiences between communities and territories. The Tricase event was a combination with the conference and the fair activity. Auleda took part together with Teuleda, the homologue agency in Shkodra district. 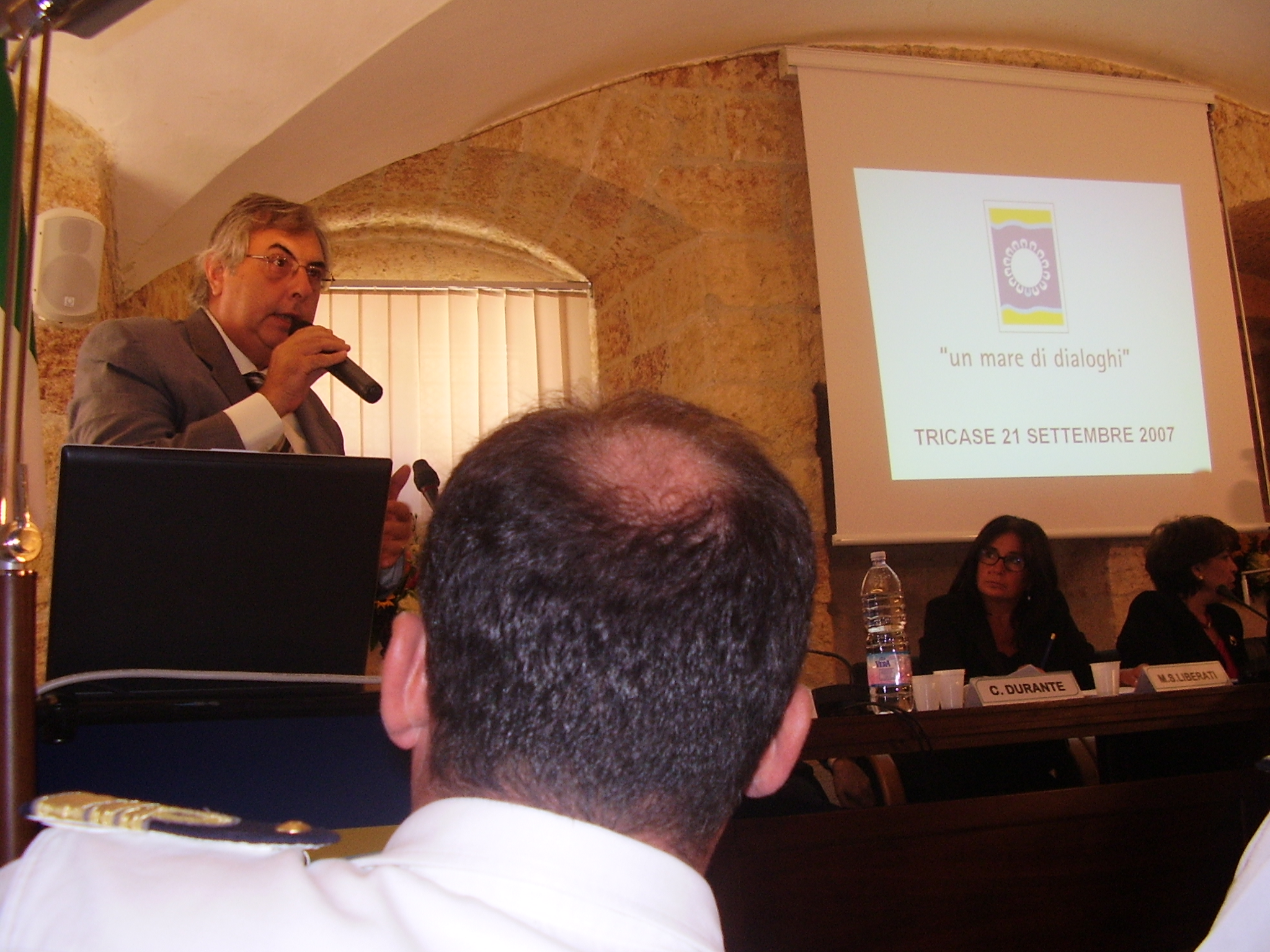 Conference A sea of Dialogues

In the program of the event was planed to develop a conference in the conference’ hall in LAG of capo di Santa Maria di Leuca in Trikaze .The representatives of the Mediterranean’s countries invited in the conference after presenting the perspective conditions of their country brought ideas for the chances of cooperation and collaboration between countries to protect the economic, cultural and social values of the Mediterranean zones.

Undersigning of the intention paper 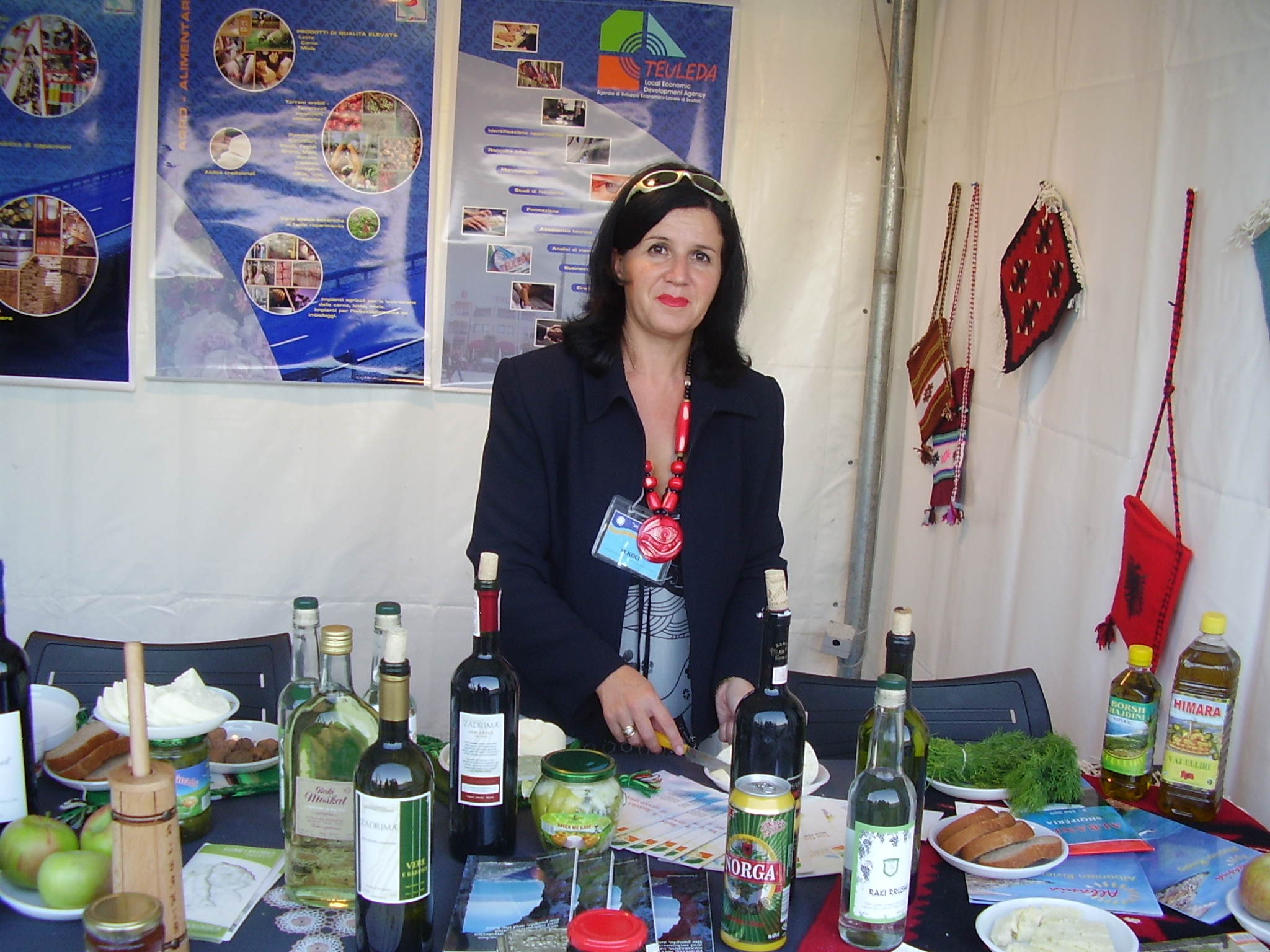 This activity was organized from Manga Grecia Mare Association in the form of a fair for agriculture, artisan culture of the Mediterranean countries .In these fair participate members from Albania Italy ;Puglia Lebanon Malta Syria Turkey .
This activity aims the presentation of the traditional activities of the communes coastal territories the presentation and testing the traditional products and musical performances.Auleda agency in collaboration with Teuleda in Shkodra prepared the stand for Albania..

For the Albanian territory Auleda in the fair presented:

Both agencies were invited to another fair that is going to take place in Ortles Community on 24-28 October 2008.For the perfect organization and presentation Auleda and Teuleda took congratulations from the organizers of the fair and from Mrs Gonnela the representative of UNOPS in Rome.

Albanian partners “AULEDA” Local Economic development Agency and “ADF” Albanian Development Fund participated at MACFRUT event, 24-26 September, in Cesena, Italy. The fair appeared with multiple colors of fruits and vegetables big distributors of European markets, research and development institutes , suppliers and manufacturers of machinery and equipment , forums and workshops in various topics. During the visit at the fair Albanian partners were introduced to the fair panels focusing especially on sections of machinery and equipment in miniature to know the latest news and the innovation at the agro-food sector. It was very interesting the introduction with machineries of , selection , planting and processing. Given the numerous deficiencies of fruit & vegetable sector that Albania has in Albania , we made some meetings with suppliers of such machinery to know better the costs , capacities and their technical specifications . Of a great interest was the didactic angle where kindergarten children were acquainted with fruits and vegetables, with the main objective of this angle to educate through entertainment . Another interesting and attractive event was the competition conducted among young people for cooking vegetables. In the panel of CRA was a dedicated angle for IPATECH project . Banners, posters, objectives, partners , results obtained had a special place in the staid managing by the lead partner of the project , " CRA - ORA " Consiglio per la RICERCA Sperimentazione in AGRICOLTURA . The Open Conference organized on the 25th of September, from 14.00 to 18.00, in the yellow room inside the premises of the Exhibition Centre was very interesting, judging by the number of participants present. For Albania site was showed interest to know the deeper developments in the field of agro-industry and the opportunity for the development of other projects in the future in order to encourage further development of this sector. We as project partners consider this participation in the MACFRUT event as very interesting experience which will serve us further our work to be better - informed with developments in technologies and markets interest for this sector. 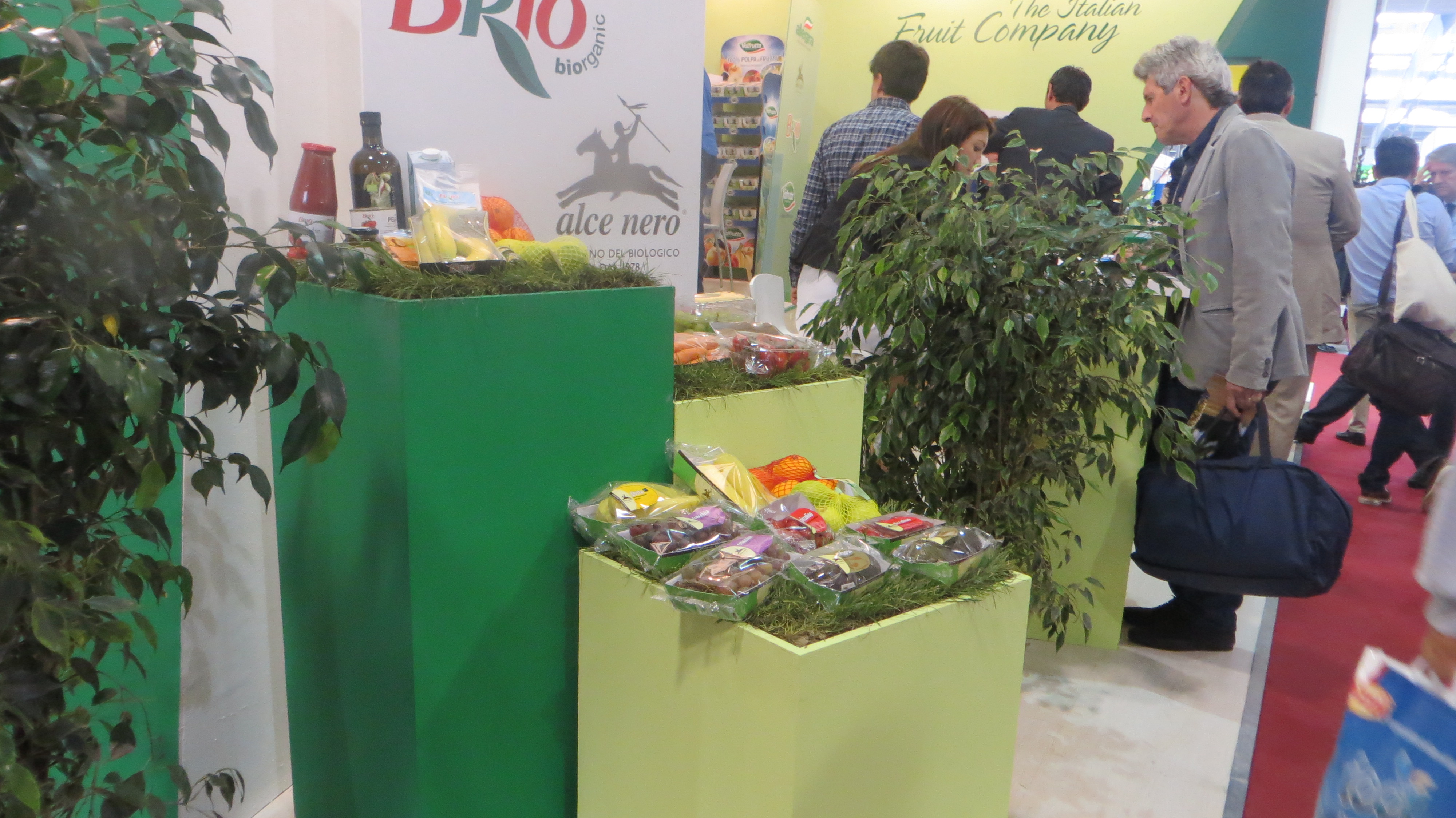 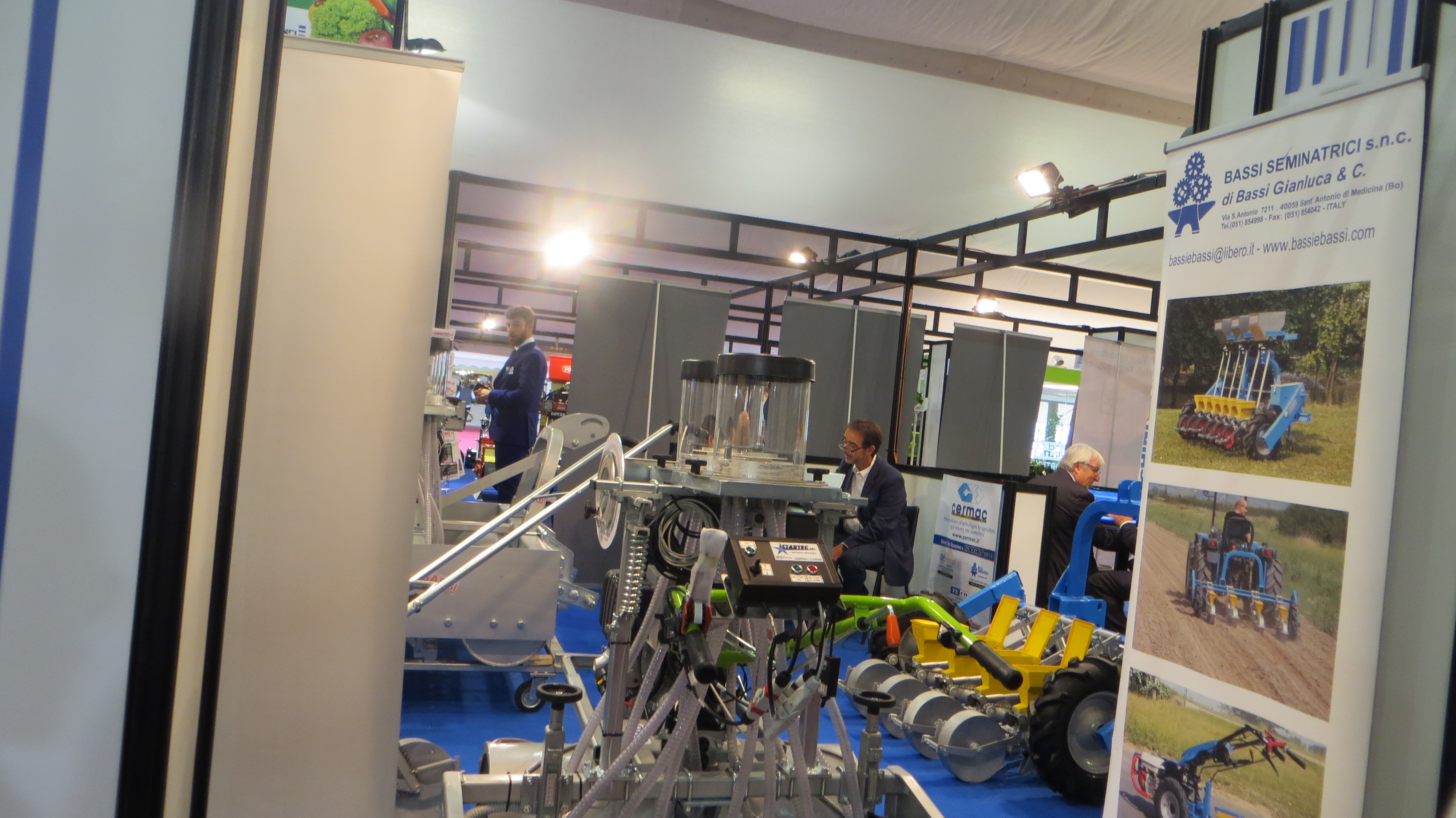 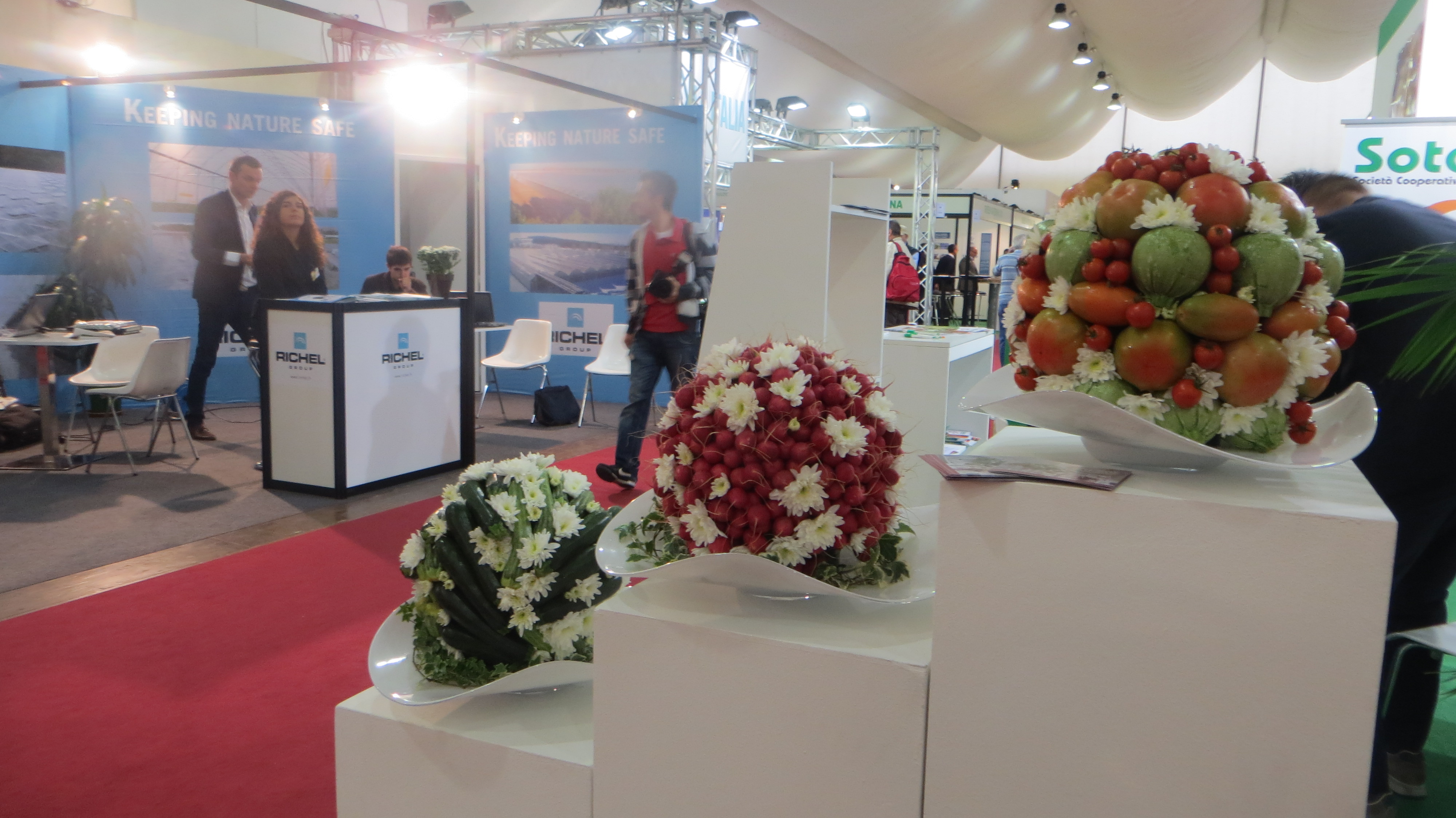 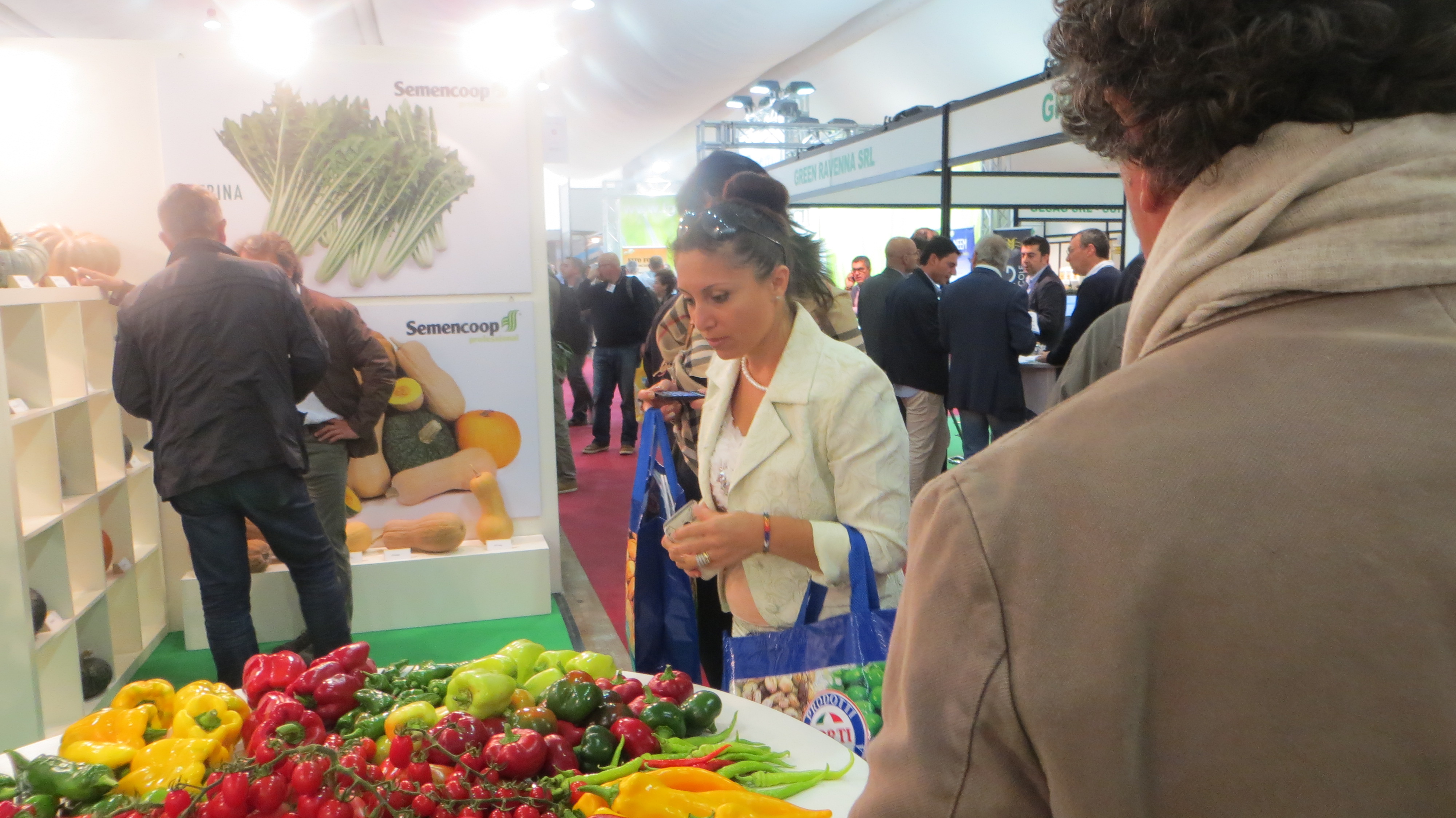 12 June 2015 Milan Training Center in Agronomy Research in cooperation with project partners from the respective countries as Italy, Albania, Greece, Bosnia and Croatia Hercekovina organized a workshop to highlight the key role of small rural businesses in EXPOMilano2015. In EXPO project partners will present their experiences summarized in the final publication in order to facilitate dissemination of information relative to the activities implemented with a particular focus on miniature machines are fit with production capacity of micro and small entrepreneurs in rural areas. In this activity AULEDA presented her experience on technology innovation in the agro-industrial sector and specifically the promotion and use of machinery in Miniature to help farmers who grow and produce Olive Oil in Vlora District. Moreover project partners presented and shared with a wider public experience gained through IPATECH Project. 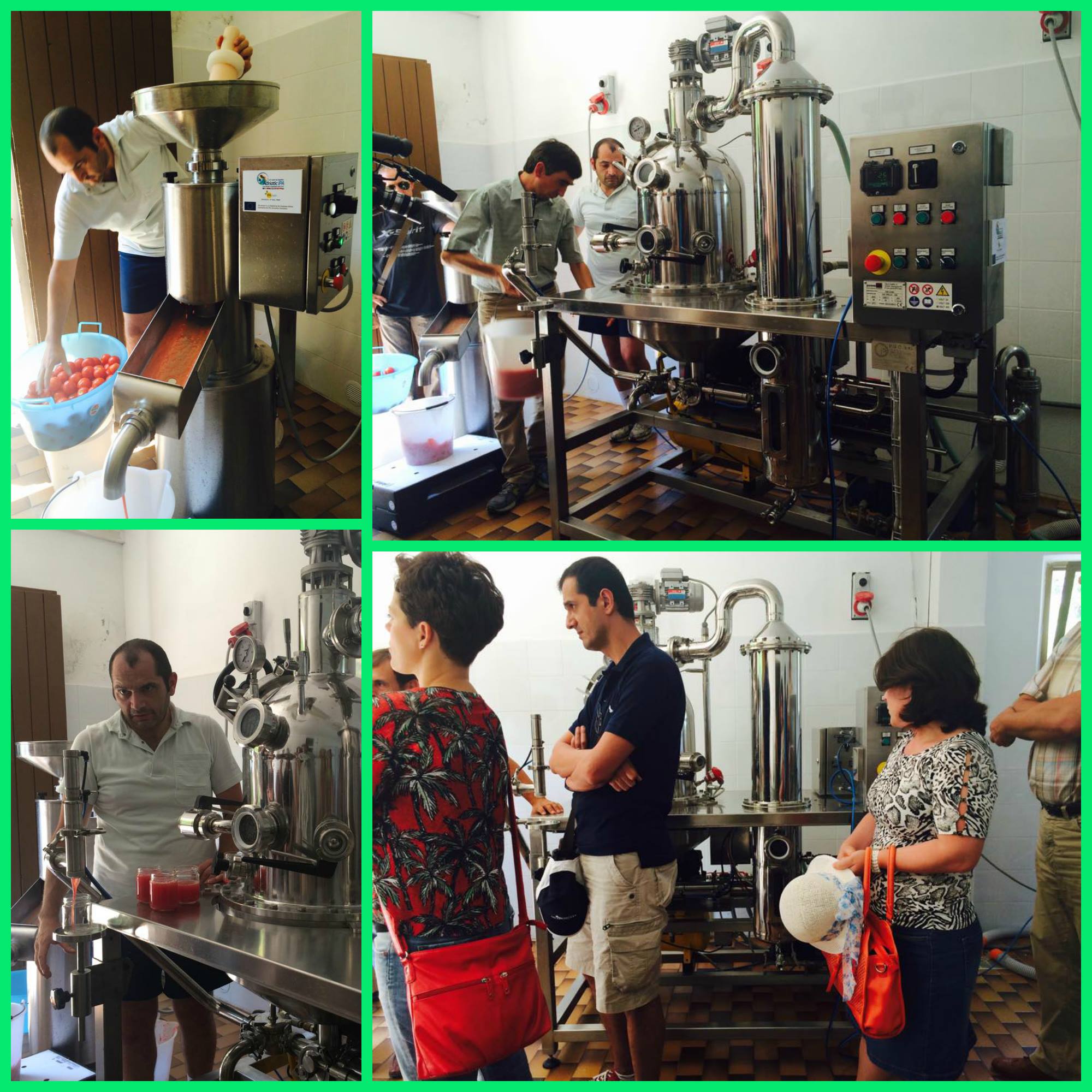 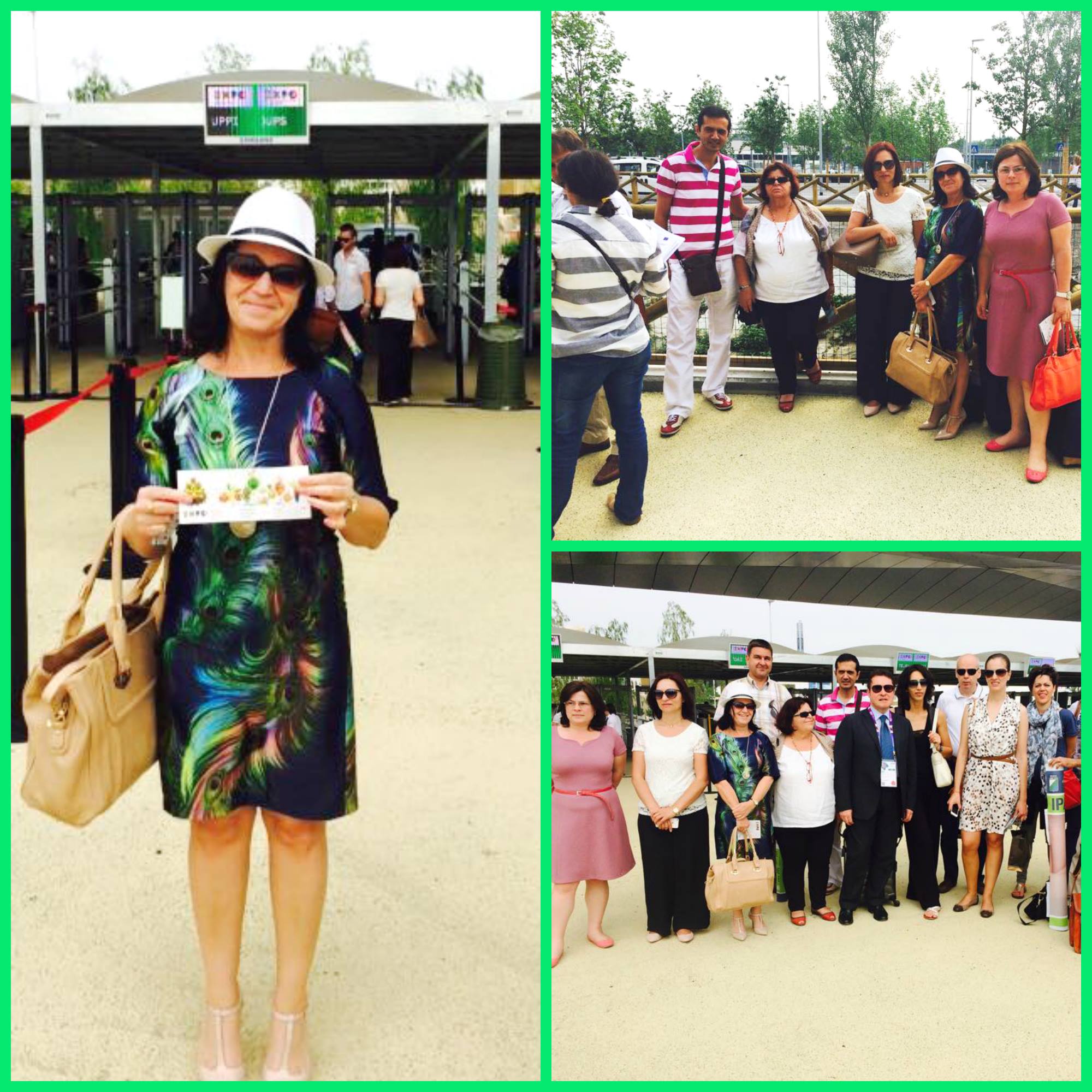 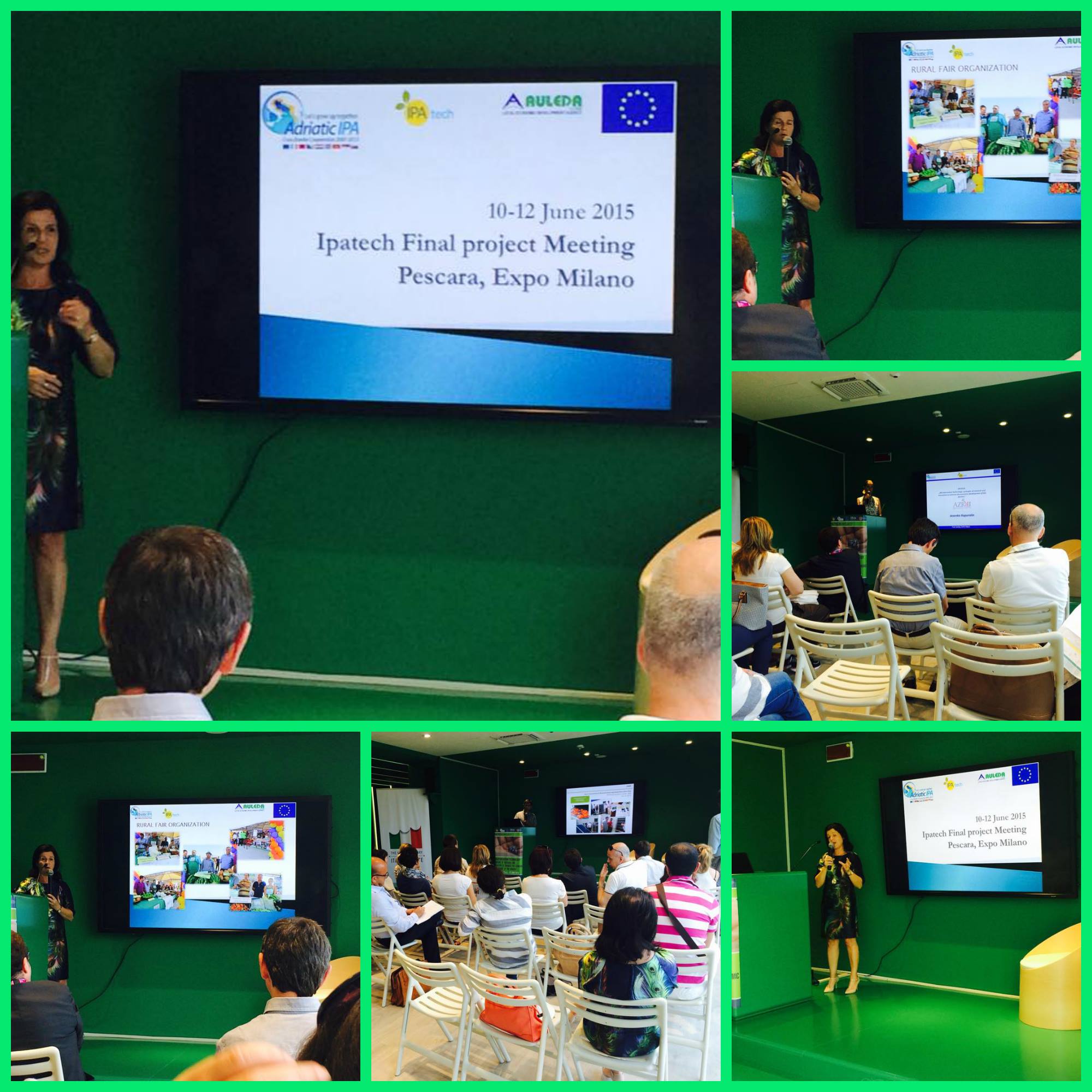